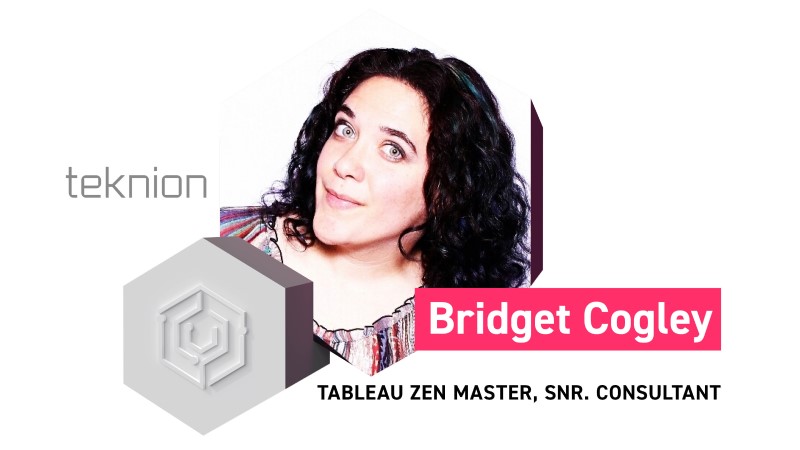 Part of the DataVizLive interview series, exploring the conference sessions deeper, as well as showcasing other leading lights in Data Visualisation who are helping to improve how we use and present data for commercial success and social good. 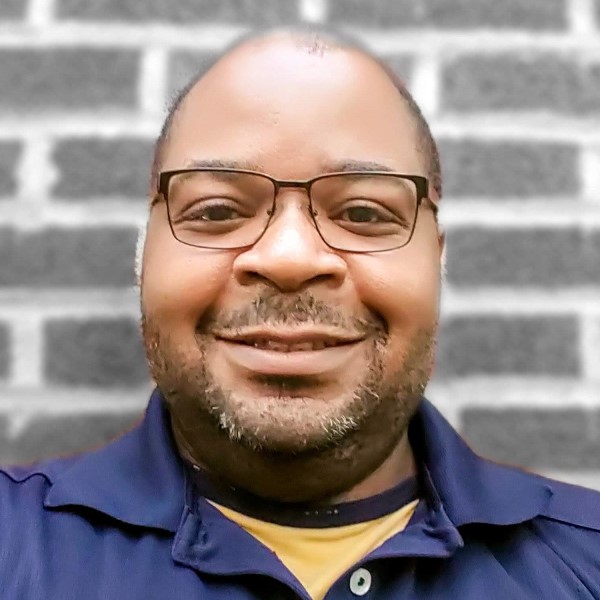 Bridget Cogley talks with Allen Hillery about smart use of colour in Data Visualisation, following on from her enthusiastically-received presentation at DataVizLive in May. The 4x Tableau Zen Master explains some of the arguments she raised, goes deeper into some of the myths that she took to pieces during her live session, and reflects further on this ever-relevant topic.

Missed the event? Catch up any time you like at DataVizLive On Demand.

Don't miss anything - get regular alerts about new content here

I had an opportunity to catch up with Bridget Cogley to discuss her fascinating talk at DataVizLive in May – “Beyond Colour Myths” – on how to use functional aesthetics to enhance data visualisations. Bridget emphasised how much colour can impact the adoption rate of a dashboard during her lecture. We’ve all made some bad colour choices in our data presentations, and now Bridget has put some science to why bad choices in our colour palettes can break a good dashboard.

I enjoy talking to Bridget because she has a breadth of experience that she draws on when sharing insights on data visualisation. Not only is she a four-time Tableau Zen Master, but she was an American sign language interpreter for nine years. I’m sure this contributes to her focus on making sure data visualisations are communicating an impactful message. Let’s get a take on some key highlights from Bridget on busting colour myths and how we should be mindful of our palette.

Allen Hillery: I just finished watching your presentation on colour myths – one thing that really resonated with me was your recommendation to design our dashboards in grayscale. Can you walk the audience through your design process?

Bridget Cogley: My process in Tableau is to design several charts in grey/monochrome, combine them together, and THEN consider colour. This tip comes from Kelly Martin, a fellow Tableau Zen Master and dear friend who passed away recently. She taught me that grey specifically does wonders, as it really puts the focus on the shape of the data. It also forces you away from complexity and to using other techniques, such as interactivity. When I was learning, her advice was to always “use colour wisely.” What does that mean? This process teaches that wisdom, because it’s about adding, not removing, colour. Adding is always easier than removing.

AH: Would you recommend this for PowerPoint presentations as well

BC: PowerPoint is an interesting angle I’ve not considered. My focus is very limited to the presentation of data, so from that side, I’d say yes. From a template and how the message is delivered, it’s a bit blurrier of a line for me, as templates make this much harder and I do shift how I craft the story based on the template.

AH: Another interesting topic you brought up during your presentation was the demographic breakdown of colour perceptions. I find it interesting that a person’s perception of colour could be dictated by their gender or age. What variations do you see across gender, age and brain activity?

BC: Colour is a ton of fun to examine, and people like Maureen Stone, a researcher at Tableau, have invested heavily in this area. Everything from chromosomes (red rides on the X chromosome), to thyroid hormones can affect how you see colour. Some of the internet memes around colour, such as The Dress, have been fantastic at highlighting how differently we see. It kicked off loads of research and I talk about that meme briefly in my presentation. It’s been wild to see all the things that are potential factors.

AH: We’ve discussed the Chubb Illusion in my Storytelling with Data class. Can you explain to the audience how an error in visual perception can impact dashboard design and navigation?

BC: The Chubb illusion is a fun one. It reinforces that we see colour relative to its surroundings, and how bad we really are at judging colour distance in a non-relative fashion. Too often, I get pushed to make tree maps with colour as a secondary measure. I really try to push these to scatterplots or side-by-side bars if that metric in colour is important. Try to identify those similar in colour and it’s a real struggle.

AH: When you were discussing the Scintillating Grid, I was reminded of a work situation. A former manager advised me not to use grids in charts because he found it distracting. As a data person, I found this counter-intuitive, but I embraced it and now prefer it. What are your thoughts on this? I might have to experiment with your suggestion in the presentation.

BC: This is such a strong dividing line for folks. I’m with your manager, but that’s because grids heavily distract me and create all types of visual artefacts. Certain line patterns are known to induce migraines in those that are susceptible – like myself – and some brains get overstimulated by the grid. I find some of the heaviest grids embedded in various research papers. I suspect some of this comes in part from the software that was used historically, and that the lines are believed to support data literacy.

One challenge is anchoring: when we have heavy lines, what are we reading first, the lines or the data? I suspect the lines. But look at your Fitbit, phone management app, and even electricity bill: more and more platforms are integrating charts, and the lines are pushed back, leaving the data forward. We can credit Amanda Cox, data visualisation editor at the New York Times, for pushing the lines back, if I recall correctly.

AH: Another highlight of your presentation is when you explain that distance created one of the most powerful colour myths. Effectively this myth created the traffic light. Can you share with the audience how a traffic light is a good use case for this reasoning?

BC: The traffic light – specifically the ones used for railroads – became such a strong story. Trains move quickly and letting them know when to stop is critical. They also need a lot of distance to effectively stop, especially with a heavy load. Which colour goes the farthest? Red.

The next colour they used for “all clear” was white. This was back in the era where there wasn’t a lot of outside light and stars were clearly visible. So, stars were often mistaken as “all clear,” so green was introduced. Even today, conductors must be able to discern between red and green. We slowly carried this over for cars.

AH: So why is yellow used? Is it because yellow is further than green on the spectrum, but shorter than red?

BC: If I recall correctly, yellow was introduced last, and likely because it fell between green and red, and carries well. All of this is based on conventional incandescent lighting; LEDs throw in some added complexity. What we forgot with the traffic light is that it only displays one signal at a time, with controls to limit who else can see that signal. Placement also ends up being pertinent.

AH: In your opinion, is it enough for one to depend on the colour-blindness palettes in data visualisation software to ensure they have a better design?

BC: Nope. The colour-blindness options certainly help, but colour-blindness itself is not a monolith. Semantic overlap is a big reason a lot of designs struggle. For example, we may try to use certain shades of blue to indicate cool temperatures, as well as time of day. This creates semantic overlap (is blue cool or night) which leads to confusion and over-reliance on legends. It’s using the palette, but it’s not using colour well.

AH: Can you tell me about a time where a client may have had brand colours that didn’t align with your recommended guidelines? How did you navigate that situation, and what advice do you give the audience?

BC: I’m chuckling here, because almost every client gets a colour added. Ironically, the one time I didn’t add a colour was when the client’s main colour scheme was red, gold, and green as their main brand palette. Adding in any more would have clashed. I made sure to limit how those colours interacted and relied on other attributes to denote difference. For most clients, I explore what they have and fill in gaps. Depending on goals and complexity, I may fill in as described above.

AH: After hearing your talk, what are the top three things you want the audience to walk away with?

BC: Firstly, that there are practical ways and techniques to use colour “wisely”. Secondly, that we don’t all see colour the same way. Thirdly, that functional aesthetics provide a way to design with accessibility as a core value.

I encourage you to check out Bridget’s talk on functional aesthetics. It’s a fascinating discussion on some common colour myths and how we perceive colour. The main thing that resonated with me was using grayscale to design dashboards. It’s something that I plan to put into practice, because I can already see the potential it will have in better dashboard design and using colour to highlight trends. That’s the first step in beginning to use colour wisely.

Don't miss anything - get regular alerts about new content here