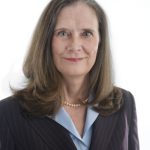 Laurie will be speaking at People Analytics World 2018 this April, London - meet her there.

Last week, CEOs of the world’s largest public companies received a letter from Mr. Laurence Fink, the CEO of BlackRock. With over 6 trillion dollars in assets under management, BlackRock is the largest investor in the world. Hence, when Mr. Fink speaks, CEOs – and CFOs and Boards of Directors – listen.

Mr. Fink’s letter informed these CEOs that if their companies want to receive BlackRock’s support, they need to do more than make profits – they need to contribute to society.

The New York Times noted Mr. Fink’s declaration is “likely to cause a firestorm in the corner offices of companies everywhere and a debate over social responsibility that stretches from Wall Street to Washington.”

Ditto for those of us in the field of people (or HR or HC) analytics. In fact, this could be a watershed moment. Why? As the pressure mounts for companies to provide credible evidence that they are Good Companies, a key element will be providing evidence that they are Good Employers (and the most convincing way to do so is through analytics). Put another way, it is difficult to argue convincingly that your company is a Good Company if it is a bad employer.

This is a good news/bad news development for the Good Folks in people analytics, since they will increasingly be pressed into service to help provide the evidence that Mr. Fink (and others like him) are increasingly demanding.

The bad news? This could prove to be painful (read: career-limiting) for those in the field who are not prepared for their expanding role.

But, on the flip side, the (very) good news is that companies are going to continue to expect more strategic insight, analysis, and metrics from their People Analytics function. And that’s great - for those who are ready for the challenge.

To get your analytics creative juices flowing on what it takes to be a Good Company (and how to measure it), take our quick Good Company Assessment – AND get immediate feedback on how your company stacks up.